When I know Better, I do Better 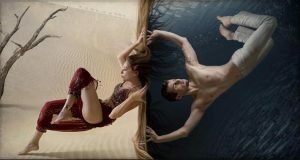 With the #MeToo phenomenon being ‘Front & Center’…

(& rightly so) I’m hearing a lot of “he Should Have”… known better, done this or not done this, etc – and YES, he should have. Folk with an ounce of common sense (or should I say, ethical common sense) are pretty much in agreement on this – and…, here’s the rub. Many really don’t know better.

I grew up with Han Solo pushing and pressing (verbally & physically) Princess Lea until she finally acquiesced. In essence the message of the time was… she probably will say no until you get her to say yes. This was the entirety of what the concept of consent looked like to me. A yes was required but the ‘how’ of getting it was wide open interpretation and a lot of gray. Fortunately in my case, it was also somehow clear in my mind that violently, sexually attacking someone was rape (that understanding has since been revised). Sadly, anything in between was also part of the ’Game’. These concepts never were challenged in any significant way so they followed me well into adulthood. I imagine the whole philosophy of what “Good Girls’ do or don’t do might have been equally confusing for young woman.

Over the past decade I have been sooo lucky to have been places, been with people and been in circumstances that have fostered (and even forced) self growth/examination. I now have skills and perspectives that I had never possessed. Though I’ve pretty much been a ‘Nice Guy’, I had huge blind spots supported by wrong or skewed information. Nowadays, when I know better, I do better.

For example, I remember a person where there was a mutual chemistry. On occasion when things would head toward intimacy, it became what seemed to be the dance of ‘hard to get’. Though it was frustrating at times, I stayed in integrity which was fed by that very chemistry and the promise of things to come coupled with my newer foundation of inner query. We finally did get together… and it was at her invitation, at her place. I can proudly say this is one of the times I did it ‘right’. It was a sweet and fulfilling time. To my now horror, there were times I didn’t act appropiatly and for that I am truly sorry.

If you’e a man reading this I encourage you to seek out knowing better, and, subsequently doing better. Here’s a few places you might check out:
https://www.esalen.org
http://mankindproject.org

If you’re a woman reading this, I ask for a just little more grace, especially for the guys just starting to get it dialed in. I realize it takes a herculean effort to grant this request and acknowledge its absolutely not your responsibility… but if you seek out the dudes that are evolving/woke – positive change will snowball because you participated infostering a solution